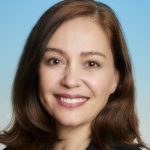 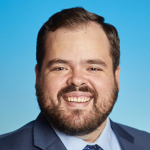 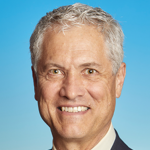 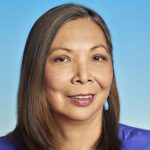 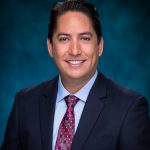 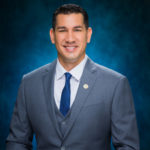 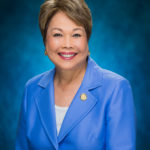 The Big Island State Delegation has officially requested Hawai‘i County Mayor Harry Kim back down from his stance that the county will opt-out of the pre-travel coronavirus testing program until a two-tiered testing system is in place.

Six members of the Hawai‘i House of Representatives and three members of the Senate co-drafted and signed a letter formally stating their collective position, which was sent to Mayor Kim and Gov. David Ige on Wednesday.

“The pre-travel testing program has been discussed at length since last June, was repeatedly delayed, and then was finally scheduled to begin on October 15th, a date that was announced three weeks ago,” the letter reads. “Given the amount of time that the County has had to consider and prepare for this, the eleventh-hour change of heart that was announced yesterday was unexpected.”

“The tourism shutdown has already had devastating impacts on the local economy, which are compounded by the poor timing of this announcement,” the letter continued. “Cancellations of airline, hotel, and activity reservations are already pouring in, and the reality is that our island businesses cannot continue to weather this storm.”

Currently, the governor’s plan to return tourism to the islands includes a requirement of only one negative test within 72 hours of travel. Kim said the risk level that represents is too great, as county research points to the possibility that more than half of positive results would be missed before entering the state.

Kim told Big Island Now Tuesday that he is trying to design a two-tiered system the state is willing to accept. The governor rejected such a plan proposed by Kaua‘i, noting that despite that island’s stockpile of 15,000 testing kits for that very purpose, a long-term system of two tests would quickly bleed the state’s reserves dry.

Mayor Kim said he’s been assured by an as-yet-unnamed entity that he can procure access to the necessary testing materials and that CARES Act funding can supplement the program financially through the end of the year. The bigger concern is logistics — the where, who, and how of the testing process — considering the limitations of island airports when it comes to administering testing to thousands of arriving passengers every day in some sort of organized and efficient fashion.

The legislators, in their letter, expressed support for a two-tiered testing system “as soon as it is feasible to implement.”

“The health and safety of our residents must be the highest priority,” the letter continued. “However, using only closures and shutdowns each time there is an increase in cases is not an effective long-term strategy and is unsustainable.”

Legislators went on to encourage a greater effort toward public health communication and education, with more stringent enforcement of social distancing and mask-wearing policies.

The mayor on Tuesday responded to business owners who are angered and frustrated by his position, acknowledging that their concerns are legitimate. However, he said the events at the Yukio Okutsu State Veterans Home, where more than two dozen elderly vets have died from complications of COVID-19, will remain with him until his dying day.

The impact of that case cluster and the potential for similarly grim outcomes on the Big Island, which continues dealing with two active clusters at Life Care Center in Hilo and the University of Nations in Kailua-Kona, are enough to hold Kim’s priorities precisely where they are — that the health of the citizenry is a higher priority than the health of the citizenry’s economy.

“I have to weigh the acceptable risk, and the most important thing is the health and welfare of the people here,” Kim said in an interview with Big Island Now Tuesday. “When you look at the one-test system, the failure of (detection) is too great. It’s not an acceptable risk.”

If Kim is able to construct a feasible plan for a two-tiered system, he said it would be announced at some point this week.

Hawai‘i County currently has the second-highest COVID case count in the state at more than 850 cases since the pandemic began, trailing only Honolulu County, which has reported well over 11,000. The governor has scheduled a press conference for Wednesday afternoon to discuss his pre-travel testing program, which is set to take effect in eight days.

The letter to the mayor referenced and quoted above was signed by the following state legislators: