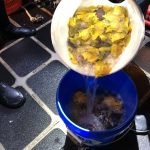 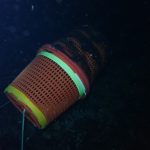 Authorities have arrested a man on several charges involving illegal aquarium fishing in West Hawai‘i waters, after what the state Department of Land and Natural Resources described as a “bizarre series of events” that ended with a search and rescue operation for two women apparently abandoned at sea.

57-year-old Steve Howard of Kailua-Kona, a well-known aquarium fisher, was observed launching his boat at DLNR’s Honokohau Small Boat Harbor on Tuesday. DOCARE officers were notified and pursued Howard, who later stopped at the Kailua Pier and brought two women aboard his vessel.

“Our officers observed Howard’s vessel heading out to the ocean and by this time we were able to deploy our own boat,” said DOCARE Chief Jason Redulla. “Officers intercepted Howard in South Kona off Pebble Beach near Ho‘okena. He was questioned about the whereabouts of the women who were no longer on the boat. Officers report Howard was uncooperative as they tried to determine the location of the women. His voyage was terminated due to equipment violations, and he was escorted back to Honokohau.”

At that point, several agencies including Big Island police, fire personnel, the US Coast Guard, DOCARE, and NOAA’s Office of Law Enforcement launched a search and rescue mission. Sometime later, a call was placed to authorities saying that two women in full diving equipment had been spotted at a gas station in South Kona.

Authorities confirmed that the two women were, in fact, the two who had boarded Howard’s boat at the pier. They said he’d dropped them off to go scuba diving. At some point after, Howard apparently abandoned the women in the water.

Howard was subsequently charged with five petty misdemeanors: possession of aquarium collection gear, expired safety equipment, no boater certificate, resisting arrest, and reckless endangerment in the second degree. Typically, possession of illegal take of aquarium fish carries penalties including jail time of up to 30 days and a fine of up to $1,000, along with administrative fees.

A NOAA vessel located nets and other equipment used for aquarium collection on the shore and then found the 10 different species of fish in the basket in the ocean.

With the assistance of staff from the DLNR Division of Aquatic Resources (DAR), the underwater cage and the captured fish were recovered. After an accounting of the numbers of fish and species type for evidence, all of the fish were returned to the ocean. The fish had an estimated value of $17,000, said Brian Neilson, DAR administrator.

“Everyone knows the rules and the industry is under a microscope legally, procedurally, and physically,” said DLNR Chair Suzanne Case. “Why would anyone blatantly flaunt the law to continue to fish illegally for aquarium fish in Kona is beyond me. It’s absolutely wrong.”

Howard’s arrest was the third such police action effected in West Hawai‘i waters this year, pointing to a potentially larger problem.