HPD Employee Among Suspects Arrested on Array of Charges 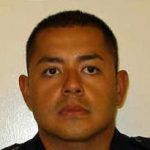 Two Waikoloa men face an array of charges after an incident that occurred over the weekend.

On the evening of Sunday, Sept. 6, 2020, shortly before 10:00 p.m., Kona Patrol Officers were assigned to meet with a family in the area of the 73-4300 block of Holoholo Street. Upon contacting the family, officers learned that the family was approached on their property by four unknown male parties who were demanding to see one of the residents of the home regarding an allegation of theft.

The four men, one of which was reported to be in possession of a baseball bat, left the area prior to police arrival. Based on the information provided by the family, officers were able to locate one of the vehicles and two of the men involved in the incident, police said. The parties were arrested and taken into police custody while the investigation continued.

The parties were identified as 42-year-old Rafael Garcia and 38-year-old Adrian Ruiz, both of Waikoloa.

Ruiz is employed by the Hawaiʻi Police Department and last served as a patrol officer in the district of South Kohala in August of 2015. He is currently assigned to a limited duty position at the Department of Motor Vehicles in Kona. A concurrent internal investigation was also generated by the Office of Professional Standards.

Additionally, a 2005 Cadillac Escalade was seized for forfeiture.

Police are still seeking information on the two other men involved in the incident. Anyone with information about this investigation is encouraged to contact Detective James Steffen of the Area II Criminal Investigations Section at (808) 326-4646, ext. 227, or the Hawaiʻi Police Department’s non-emergency number at (808) 935-3311.

Police would like to remind the public that there are enhanced penalties for certain criminal offenses in light of the current COVID-19 Emergency Proclamation declared by Hawaiʻi Governor David Ige. These offenses include but are not limited to burglary, robbery, theft, and criminal property damage.

Tipsters who prefer to remain anonymous may call the islandwide Crime Stoppers number at 961-8300 and may be eligible for a reward of up to $1,000. Crime Stoppers does not record calls or subscribe to any Caller ID service. All Crime Stoppers information is kept confidential.