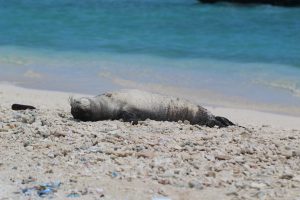 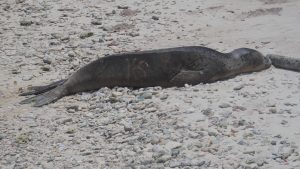 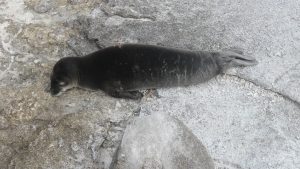 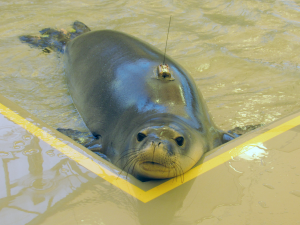 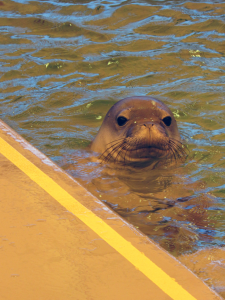 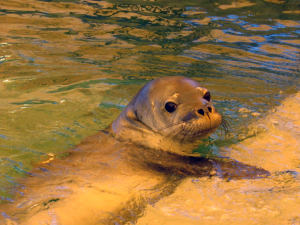 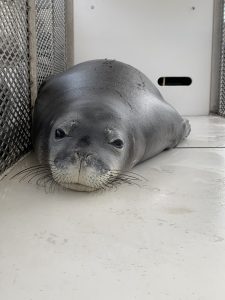 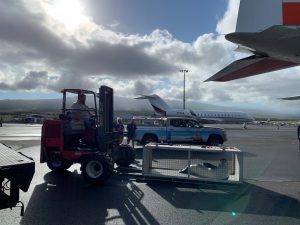 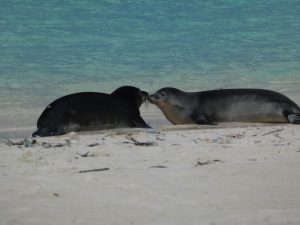 The female seals were in the rehabilitative care of Ke Kai Ola, The Marine Mammal Center’s hospital and visitor center. They were being treated for malnutrition and other ailments. During their treatment, the underweight seals improved in overall body condition. Each of the animals experienced remarkable weight gains between 110-175 pounds, some more than tripling in overall weight.

“NOAA researchers rescued these four female seals as weaned pups in the Northwestern Hawaiian Islands in the fall of 2019,” says Conservation Veterinarian Dr. Michelle Barbieri. “They had a near-zero chance of survival if left in the wild, but this effort has given them a second chance.”

The US Coast Guard stepped in to return the seals to the Northwestern Hawaiian Islands as the safest and fastest mode of transport during the COVID-19 pandemic. This year, with the impacts of the coronavirus on the safety and feasibility of remote field operations, the best option for releasing these four seals was at Midway Atoll.

“To return four female Hawaiian monk seals back to their ocean home is an incredible success story and a significant boost to an endangered population where the survival of every individual is critical,” said Dr. Cara Field, Medical Director at The Marine Mammal Center. “This success story highlights the importance of our ongoing partnerships to help save this species.”

The National Oceanic and Atmospheric Administration (NOAA) coordinated logistical and operational support for the animals’ release on Midway Atoll National Wildlife Refuge and Battle of Midway National Memorial, part of Papahānaumokuākea Marine National Monument, in partnership with the US Coast Guard, the US Fish and Wildlife Service and the Center.

The four patients were rescued last summer by NOAA Hawaiian Monk Seal Research Program scientific staff who determined that chances for survival were near zero for these young seals. The pups were originally shuttled to Honolulu and from there they were transported via a US Coast Guard aircraft to Ke Kai Ola for long-term care.

The two seals rescued from Pearl and Hermes Reef, Hilina‘i and Leimana, both weaned early from their mothers and at a small size that would make winter survival a challenge. The other two seals, Maka Kilo and Ka‘ena, were a little older but still underweight during their rescue from Lisianski Island.

Before release, three of the four seals were fitted with temporary satellite tags that will allow scientists to monitor them after their return to the remote atoll. The fourth seal was not fitted with a tag because she was molting. The satellite tag data will be combined with visual monitoring by researchers on Midway as possible.