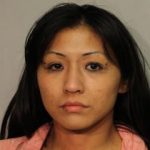 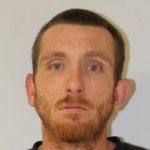 Preliminary hearings have been scheduled for a man and woman accused of robbing a business in Hilo.

Nicholas M. Cook, 35, and Michelle R. Hanagami, 30, both of Hilo, face charges of robbery, terroristic threatening and assault after reportedly taking items from a Maka‘ala Street business and shooting one of the store’s security employees with a BB gun.

The reported theft occurred on Sept. 30. According to a press from Hawai‘i Police Department, Cook and Hanagami were at the business and were seen concealing numerous items. They left the store without paying.

Store security employees followed Cook and Hanagami once they were outside the store and requested they return the stolen items.

“Cook then pulled out a fixed-blade knife from his waistband and threatened the employees,” the release states.

The pair got into a vehicle in the store’s parking lot and left the scene with the stolen items, the release indicates.

“As they were leaving the parking lot, Cook pulled out a dark-colored firearm and fired several shots towards the store employees,” the release states. “The firearm was later determined to be a BB gun.”

One of the store employees was struck by a BB from the gun, officials say. He was treated at the Hilo Medical Center Emergency Room for minor injuries and released.

South Hilo Patrol officers and Detectives from the Area I Criminal Investigation Section later found Cook and Hanagami at a residence on Anela Street in Hilo. A short time later, both parties were located and arrested. Detectives later served a search warrant on the residence and the vehicle and recovered items related to the incident, the release states.

Cook was charged with second-degree robbery, four counts of first-degree terroristic threatening and third-degree assault. Bail was set at $13,500.

Hanagami was charged with fourth-degree theft, third-degree promotion of a dangerous drug and possession of drug paraphernalia. Her bail was set at $2,250.

Cook and Hanagami had their initial appearances in Hilo District Court on Oct. 2. Cook is scheduled for a preliminary hearing on Oct. 10 and Hanagami on Oct. 8.