The Breakthrough Prize Foundation announced the Event Horizon Telescope (EHT) Collaboration as the winner of the $3 million 2020 Breakthrough Prize in Fundamental Physics award, according to a Sept. 5, 2019, press release from Maunakea Observatories. EHT resulted in the world’s first image of a supermassive black hole, Pōwehi, taken In April 2017 at the center of the Messier 87 galaxy.

The groundbreaking observational campaign brought together eight telescopes at six locations around the globe, including Hawai‘i-based James Clerk Maxwell Telescope (JCMT), Submillimeter Array (SMA), and dozens of local astronomy professionals who played a critical role in the discovery.

The 30 awardees from JCMT and SMA represent a mix of scientists, technicians, engineers and operators. 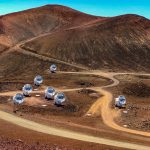 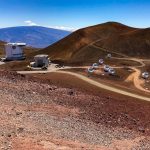 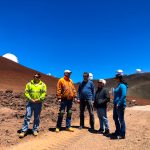 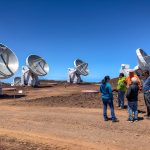 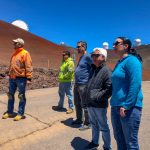 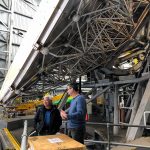 “This award isn’t just for the scientists involved,” said Dr. Jessica Dempsey, deputy director of East Asian Observatory’s James Clerk Maxwell Telescope. “This recognition is a reflection of the groundbreaking work we are uniquely able to do here in Hawaiʻi on Maunakea.”

Recognition through this award reinforces a new path forward, fusing science and culture, with the help of experts like renowned Hawaiian language and cultural practitioner Dr. Larry Kimura. This prize celebrates both the scientists involved, and also the state of Hawaiʻi, as the place that was key to making the award-winning discovery.

“Working together as one ʻohana was critical to our success in capturing the image of Pōwehi,” said Geoff Bower, chief scientist for Hawai‘i operations of Academia Sinica Institute of Astronomy and Astrophysics. “This recognition is a testament to the importance of Hawai‘i’s astronomy community on a global scale and an example of what we can accomplish working together.”

The Breakthrough Prize Foundation, along with its funding sponsors, announced the winners on Sept. 5, 2019. Eight years old, the prize is known as the “Oscars of Science” annually recognizes achievements in the fields of Life Sciences, Fundamental Physics and Mathematics. The Breakthrough Prize is considered one of the world’s most generous science prizes, with each award set at $3 million. The award will be split equally between the 347 scientists co-authoring any of the six papers published by the Event Horizon Telescope (EHT) on April 10, 2019, which can be found here.

This year’s laureates will be recognized at the Breakthrough Prize gala awards ceremony on Sunday, November 3, at NASA Ames Research Center in Mountain View, California, and broadcast live on National Geographic. This year’s theme, inspired by the Event Horizon Telescope collaboration, is called “Seeing the Invisible,” invoking the conversation of science that may help lead us to learn more about uncharted worlds throughout the galaxy. The Event Horizon Telescope Collaboration Director Shep Doeleman of the Harvard-Smithsonian Center for Astrophysics will accept the award on behalf of the collaboration.

Operated by the East Asian Observatory, the James Clerk Maxwell Telescope (JCMT) is the largest astronomical telescope in the world designed specifically to operate in the submillimeter wavelength region of the spectrum. The JCMT has a diameter of 15 meters and is used to study our Solar System, interstellar and circumstellar dust and gas, and distant galaxies. It is situated near the summit of Maunakea, Hawai’i, at an altitude of 4,092 meters.

The JCMT is operated by the East Asian Observatory on behalf of The National Astronomical Observatory of Japan; Academia Sinica Institute of Astronomy and Astrophysics, Taiwan; the Korea Astronomy and Space Science Institute; Center for Astronomical Mega-Science, China. Additional funding support is provided by the Science and Technology Facilities Council of the United Kingdom and participating universities in the United Kingdom and Canada. The East Asian Observatory also proudly partners with Vietnam, Thailand, Malaysia, Indonesia, and India. Click here for more information.

A joint project between the Smithsonian Astrophysical Observatory and the Academia Sinica Institute of Astronomy and Astrophysics, the Submillimeter Array explores the universe by observing light invisible to the human eye. The SMA is the world’s first imaging interferometric telescope for submillimeter observations, used by researchers to study millimeter and submillimeter radiation with wavelengths between 0.3 and 1.7 millimeter (0.01-0.07 inches), about 1000 times longer than optical wavelengths. The array consists of eight antennas, each with a smooth parabolic reflector 6 meters (20 feet) in diameter. These antennas can be positioned among 24 pads in four configurations tailored to the scientific requirements of different observations. Signals received at the antennas are amplified and transmitted to a central building where they are combined electronically for analysis. This technique gives the SMA an angular resolution equivalent to a telescope up to 0.5 kilometers (0.3 miles) across.

The EHT collaboration involves more than 200 researchers from Africa, Asia, Europe, North and South America. The international collaboration is working to capture the first-ever image of a black hole by creating a virtual Earth-sized telescope. Supported by considerable international investment, the EHT links existing telescopes using novel systems—creating a fundamentally new instrument with the highest angular resolving power that has yet been achieved.