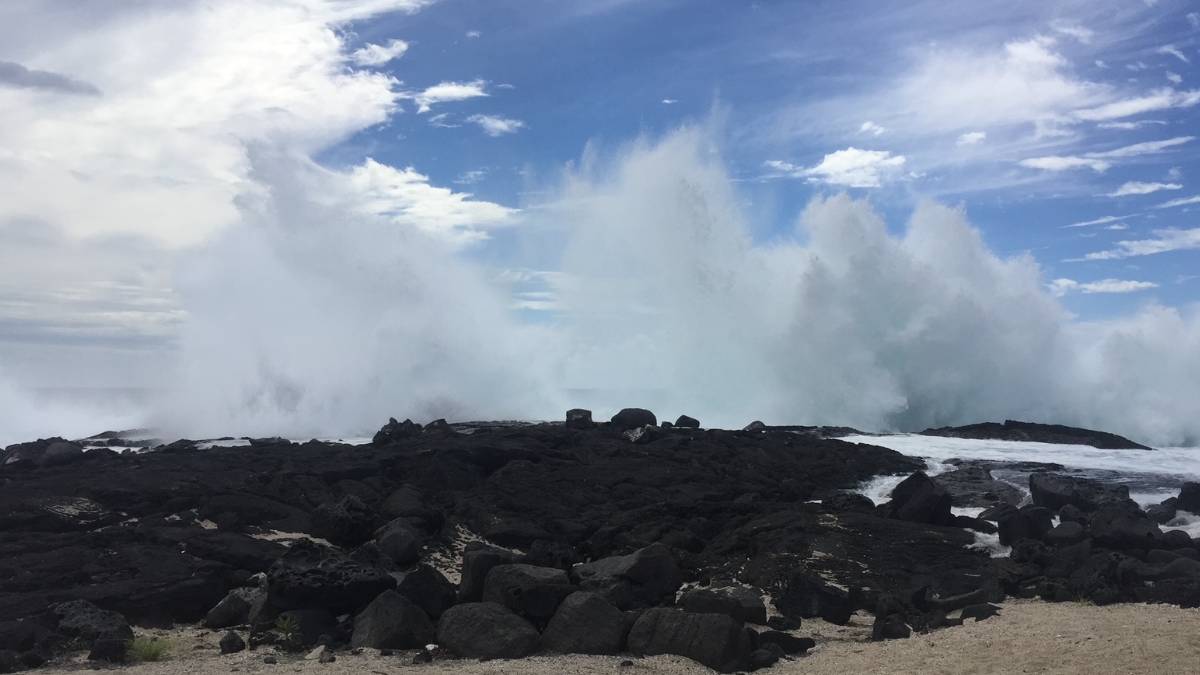 Surf along south facing shores will remain steady this week into Thursday producing near seasonal average surf heights. A gale low in the Tasman Sea will send a moderate south southwest swell towards Hawaii this weekend. A series of small, medium period north swells will provide a minor bump through the end of the week for north facing shores. Near term east wind wave chop will remain slightly elevated under moderate to fresh trades over and upstream of the islands. East swell generated from eastern Pacific Tropical Cyclone Kay may also arrive over the weekend.

Conditions: Sideshore texture/chop with SSE winds 10-15mph in the morning shifting ESE 15-20mph in the afternoon.

Conditions: Clean in the early morning with SE winds less than 5mph. Sideshore texture/chop conditions move in during the morning hours with the winds shifting SW 5-10mph.

Conditions: Semi glassy in the morning with SE winds less than 5mph. Glassy conditions for the afternoon with the winds shifting to the W.