The Department of Water Supply confirmed on Friday that four wells – not one – are inoperable in North Kona, leading to a mandatory 25% water restriction. 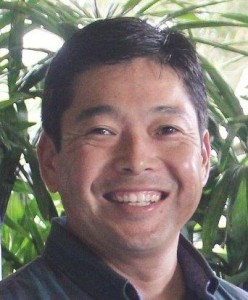 The restriction has been in place since Monday, June 6 after the Hualālai deepwell’s pump motor failed, prompting the department to issue a news release notifying the public of the restriction that cited the single failure as the cause for the water restriction order.

The release didn’t mention that the latest failure put the total number of non-working North Kona wells at four, but Water Supply Manager Chief Engineer Keith Okamoto told the newspaper West Hawaii Today in a story Friday, June 10 that multiple wells were out in the same area, which necessitated the restriction.

“If the four were spread out some in the north, some in the middle and some to the south, then the other sources would make up the difference in those regions,” Okamoto told the publication. “It would have been fine and just normal operations as we always anticipate some wells being out of service.”

Janet Snyder, spokeswoman for the department, confirmed via email the contents of the article with Big Island Now on Friday, but did not answer questions in a follow up email asking why the department didn’t notify the public that multiple wells being offline were the reason for the mandatory restriction in the original press release.

In 2017, multiple well failures prompted a mandatory water restriction in North Kona that lasted over a year, as Big Island Now reported on Tuesday.

The question of whether any of the wells that were out in 2017 are the same ones currently not working wasn’t specified in the article and one of the questions emailed to the department that went unanswered Friday, which was King Kamehameha Day, a state holiday whereby government offices were closed.

The other wells currently inoperable in the 14-well North Kona water system are Kalaoa, Makalei and Wai‘aha.

Okamoto did say in the article that the wells failed within two or three years, which was faster than anyone expected but outside of their service warranties. He added that while the Hualālai Deepwell, whose parts need to be custom-made and ordered, won’t be back online until around September, the water restrictions could be scaled back before then as a different well in the area could be back online by mid-July.

The following areas in North Kona remain under a water conservation notice that calls for a voluntary 10% reduction in water use: Kahalu‘u, Keauhou, Kailua-Kona, Honokōhau, Kealakehe, Keahuolū, Keōpū, Hōlualoa and Wai‘aha.

Tom Hasslinger
Tom Hasslinger is a journalist who lives in Kailua-Kona. Prior to joining Big Island Now, he worked as the managing editor for West Hawaii Today and deputy editor for The Garden Island newspaper on Kauai. He's worked for over 15 years as a reporter for the Oahu-based Civil Beat news outlet, as well as in Coeur d'Alene, Idaho and Douglas Wyoming.
Read Full Bio