Hawaii County Weather Forecast for May 16, 2022 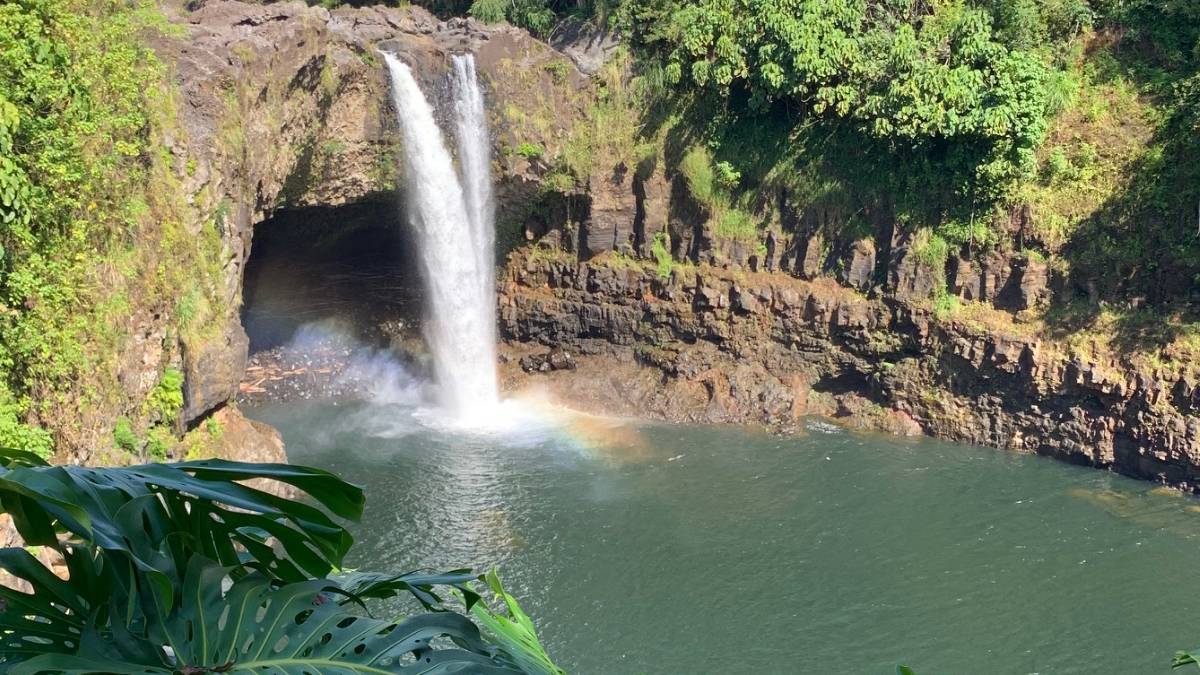 Warm and humid conditions with increasing rainfall chances are expected as an out of season upper disturbance and front move into the area Tuesday through Wednesday. Winds will diminish and shift out of the south to southeast direction. This will result in afternoon showers forming over our dry leeward areas where sea breezes form and along southeast facing slopes. More widespread rainfall with embedded locally heavy showers and a few storms are possible over the western end of the state Tuesday night through midweek. Conditions should begin to improve by the weekend.

Guidance remains in good agreement and depicts a significant pattern change evolving across the region this week as a strong pulse aloft dives southward into the region carving out an upper trough near/over the western end of the state. Deep southerly flow associated with this feature and its attendant front moving in from the northwest will draw plenty of deep tropical moisture northward into the area — with dewpoints surging into the lower 70s. This combined with south to southeast low-level flow will translate to warm and humid conditions with rainfall chances trending up over southeast facing slopes and our dry leeward areas where sea breezes form. Peak heating due to the high sun angle for this time of year may support a few heavy afternoon showers through Tuesday.
The southerly winds are expected to increase to moderate levels by midweek as the front draws closer and upper heights fall. This combined with the deep moisture axis setting up near/over the western end of the state will lead to showers becoming more widespread. If this axis shifts farther east, localized flooding can't be ruled out Tuesday night through Wednesday night. Some showers will be heavy and a few thunderstorms can't be ruled out. Guidance shows the upper support lifting northeastward and away from the area Thursday through Friday. This combined with the ridge lifting northward should lead to improving conditions by the weekend.

Moderate easterly trades will ease and transition over to a more southeasterly flow across the islands today and tonight. This will allow for daytime sea breezes and overnight land breezes to become increasingly dominant across the state. Showers will favor mainly windward slopes and coasts early this morning, along with southeast facing sections of Kauai and the Big Island. These showers will fizzle out later this morning, with more convective shower development expected over the island interiors this afternoon. Mainly VFR conditions should prevail at the TAF sites, although periods of MVFR cigs will affect windward areas as well as the PHTO and PHLI terminals at times. MVFR cigs/vsbys will be possible over the islands interiors this afternoon.
AIRMET Sierra is in effect for mountain obscuration across Kauai, as well as northeast through southeast sections of the Big Island. Conditions may improve over windward Big Island later tonight, but may hold in place over Kauai through much of the day.

The winds are becoming weaker, and shifting out of the east- southeast to southeast this morning. This means that most of the coastal waters near the smaller islands will be in the shadow of the Big Island through early Tuesday. A front moving toward the region from the northwest will likely cause the winds to become southerly and strengthen starting Tuesday, with the strongest winds expected around Kauai and Niihau on Wednesday. The latest forecast indicates the south winds may be near the Small Craft Advisory threshold over the waters in the vicinity of Kauai Wednesday. A slight chance of thunderstorms is also expected over the waters in the vicinity of Kauai and Oahu on Wednesday. Expect light to moderate southeast winds for most Hawaiian waters on Thursday and Friday.
The current small, medium-period south swell may provide a slight bump in surf along most south facing shores through early Tuesday. A larger south swell will likely arrive on Tuesday, and peak on Wednesday. This will produce a noticeable increase in surf heights along south facing shores by mid-week, Note that this swell coincides with the strengthening southerly winds, so surf may become choppy, especially along south facing shores of the western islands from late Tuesday through Wednesday. This south swell will gradually lower from late Thursday through Saturday.
The current modest surf along east facing shores is expected to gradually lower through Tuesday due to the local winds weakening, and becoming southeasterly. An upstream fetch of east winds will likely keep small background surf along exposed east facing shores for most of this week.
Surf will remain nearly flat along most north and west facing shores into Wednesday, with only small, short-period northwest swell energy available. The wave model guidance still indicates a small northwest swell may arrive late Wednesday night, and peak on Thursday. Assuming this swell does show up, it will gradually lower from Thursday night through Friday.