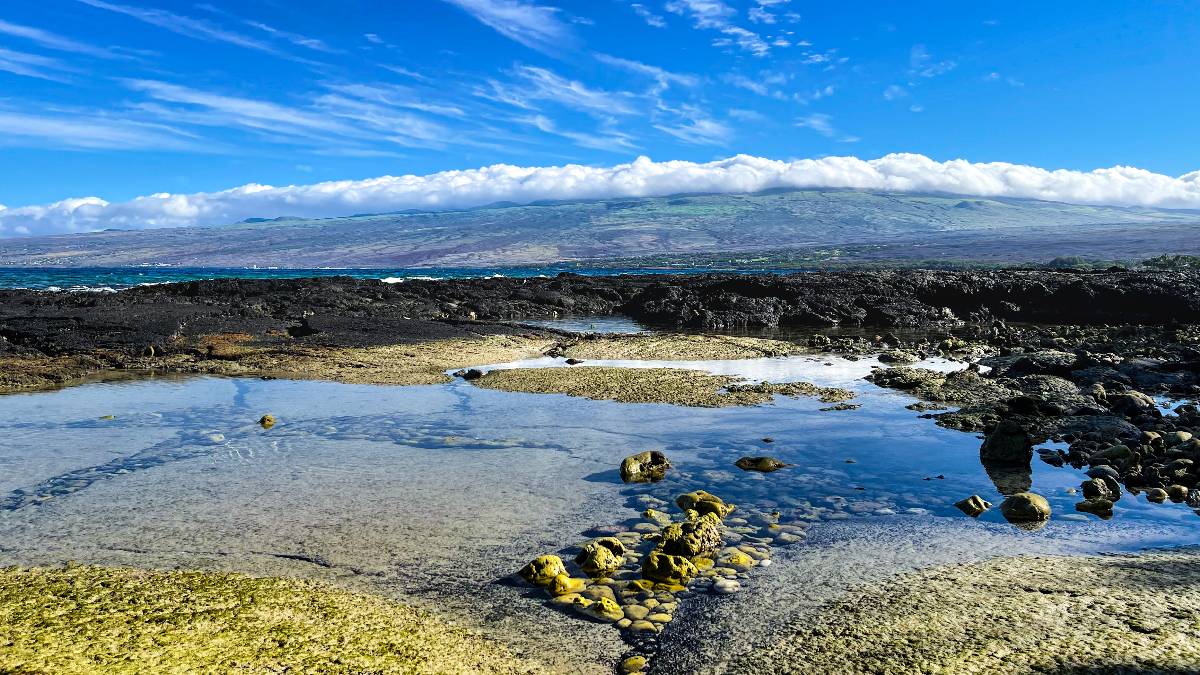 Sunday: Partly sunny with scattered showers and slight chance of thunderstorms. Some thunderstorms may produce heavy rainfall. Highs 80 to 87 near the shore to 67 to 75 at 4000 feet. Northeast winds up to 10 mph. Chance of rain 50 percent.

Sunday: Mostly sunny with scattered showers and slight chance of thunderstorms. Some thunderstorms may produce heavy rainfall. Highs 84 to 89 near the shore to around 70 near 5000 feet. Light winds. Chance of rain 50 percent.

Sunday: Partly sunny with scattered showers and slight chance of thunderstorms. Some thunderstorms may produce heavy rainfall. Highs 65 to 85. Northwest winds up to 10 mph. Chance of rain 50 percent.

Sunday: Mostly sunny with scattered showers and slight chance of thunderstorms. Some thunderstorms may produce heavy rainfall. Highs 84 to 91 near the shore to 68 to 75 above 4000 feet. Light winds. Chance of rain 50 percent.

Breezy trade wind conditions will persist into tonight with clouds and showers favoring windward and mauka locations. The remnant low associated with former Hurricane Linda will move through the islands from east to west late Sunday through Monday, bringing the potential for strong winds and heavy rainfall to parts of the state. A return to a more typical trade wind pattern is expected Tuesday through midweek.

A band of clouds moving through will support showery conditions this morning for windward and mauka areas with breezy east- northeast trades. Some of these showers are spilling over into leeward areas occasionally. Once this band moves through shortly, expect another pleasant day across the state today.
Satellite imagery showed the remnant low associated with former Hurricane Linda centered a few hundred miles east of Hilo this morning. An ASCAT pass overnight confirmed a large area of strong- to gale-force winds persisting to its north. The near-term guidance has initialized well and depicts a slow spin-down process with strong winds holding to its north as it approaches and moves through the islands late Sunday through Monday.
Although the latest guidance remains tightly clustered showing the remnant low advancing through from east to west between the Big Island and Maui County late Sunday through Monday, this is quite a bit farther south than advertised 24-hrs ago. These changes from cycle-to-cycle lead to forecast uncertainty with regards to being able to pinpoint impacts across the state. If this forecast track verifies, a wind advisory may be required late Sunday through Monday for the smaller islands due to the aforementioned strong winds to its north. In addition to the potential for strong winds, a large area of enhanced moisture accompanying the low will support periods of heavy rainfall Sunday through Monday night.
A return to a more typical trade wind pattern is expected Tuesday through midweek as the remnant low continues westward and away from the area.

Moderate trade winds will gradually back to a NE direction through tonight, as the lingering circulation of post-tropical cyclone Linda approaches the area from the E. A relatively shallow band of moisture that is currently moving over the islands is producing periods of MVFR conditions along windward slopes, with AIRMET SIERRA posted for mountain obscuration. The bulk of this moisture is expected to move W of the islands shortly, likely allowing the cancellation of SIERRA. A more significant increase in moisture is expected to move in from the E later tonight into Sunday. AIRMET Tango for moderate low level turbulence over and downwind of terrain will be cancelled shortly as well, as winds have eased slightly.

Moderate to fresh northeast trade winds will continue through tonight, but have diminished enough to drop the Small Craft Advisory (SCA) for the typically windy zones around Maui County and the Big Island. The wind and wave forecast for Sunday and Monday will highly depend on the track of the remnant low associated with former Tropical Cyclone Linda as it passes near or over the islands. The strongest winds will be on the north side of the low and the current forecast brings strong northeast winds to the waters north of Molokai and Oahu Sunday night through Monday afternoon, then Kauai Monday morning through Monday night. Thunderstorms are also possible Sunday through Monday night across the coastal waters. A moderate to locally breezy trade wind pattern should return Tuesday.
The medium period easterly swell from former Tropical Cyclone Linda will keep moderate surf along facing shores through Saturday. Surf along east facing shores will start to build Saturday from locally generated wind waves as the remnant low moves near the islands. Surf heights may approach advisory levels for the eastern half of the island chain Saturday night into Sunday, before reaching the western half Sunday night into Monday. How large the waves become is highly dependent on the eventual track and strength of the low over the coming days.
The current south swell will continue to slowly decline over the next couple of days. A series of small, moderate-period south swells will prevent surf from going flat into early next week.