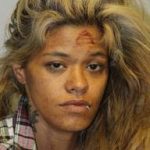 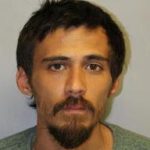 A crime spree in Hilo Friday morning has led to two arrests by the Hawai‘i Police Department.

HPD officers arrested and charged Saesha Shante Tiarelynn Pua-Olena Marie Paz, 30, and Rory Robert Neville, 32, with an array of property-crime offenses stemming from events on the evening of Nov. 26 and the morning of Nov. 27, 2020. Both individuals have Hilo addresses.

During the initial phase of these investigations, police said in a press release that they were able to identify Paz and Neville as suspects in the cases. Later Friday morning, Neville was arrested walking in downtown Hilo. Paz was arrested at a residence in Kaumana, police said.

Paz and Neville remained in police custody in lieu of bail pending their initial court appearance in Hilo District Court on Monday, Nov. 30.

Police remind the public that in light of the current COVID-19 Emergency Proclamation, which was declared by Hawaiʻi Governor David Ige, there are enhanced penalties for certain offenses. These offenses include, but are not limited to, burglary, theft, criminal property damage, and robbery.