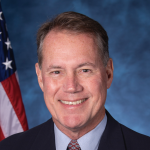 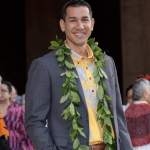 Initial election results for the state of Hawai‘i were delayed several hours due to huge voter turnout to the polls on Election Day with final ballots being cast on O‘ahu after 11 p.m. Tuesday.

The first printout from the state elections office, initially scheduled to be released at 7 p.m., was put out at approximately 11:20 p.m.

Early results showed most incumbents for Hawai‘i County’s leadership positions in the House of Representatives would keep their seats. They also indicated that incumbent Ed Case would remain in the US House of Representatives and that probably victors would claim the state’s second US House seat as well as the only Big Island State Senate seat up for grabs on Tuesday.

The third and final printout, published at 1:23 a.m. on Wednesday confirmed the numbers from earlier in the election process.

US House of Representatives Results

Ed Case (D) won reelection easily over Republican challenger Ron Curtis, capturing more than 65% of the vote to less than 25% for Curtis. More than 10% of voters left the race blank.

Kai Kahele (D) has garnered the majority of the vote with 63.2%. All other challengers trailed far behind him with Joe Akana (R) coming second with 23.4% of the vote. Kahele will replace Rep. Tulsi Gabbard.

Former District 4 Rep. Joy San Buenaventura, (D-Puna) defeated challenger Ron Ka-Ipo (A) in the race for Senate District 2. According to the third and final printout, San Buenaventura captured 13,765 votes over Ka-Ipo who has so far garnered 4,443 votes. The two were vying to replace Russell E. Ruderman who decided not to run for reelection.

Llagan Gregor (D) kept a strong lead, with 65.9% of the vote totaling 7,483 votes, against challengers Hope Cermelj (R) with 1,870 votes and Desmon Antone Haumea (A) with 1,302 votes. Gregor will replace Joy San Buenaventura who will fill the Senate District 2 seat.

Democratic incumbent Nicole Lowen (Kailua-Kona, Holualoa, Kalaoa, Honokohau) ran unopposed in the General Election and will keep her seat, serving a fifth term in the Hawai‘i House of Representatives.