Biden Beats Trump In Hawai‘i, Election Still Up For Grabs 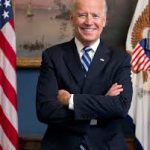 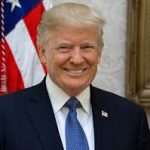 As of Wednesday morning’s final printout, Hawai‘i voters overwhelmingly went for Biden, who earned 63.8% of the vote as opposed to Trump’s 33.5%. All told, Biden secured more than 355,000 votes compared with just over 186,000 for Trump. More than 4,600 registered voters chose to leave the race for President of the United States blank on their ballots.

News organizations differ in terms of when they call races in each state for candidates. However, both the Associated Press and Fox News produced the same Electoral College tally as of early morning Wednesday — Biden with 238 votes, Trump with 213.

Trump won key victories by securing Texas, Florida, and Ohio, all of which he carried in 2016. Losing any of the three would almost certainly have left him short the 270 electoral votes necessary for a second term.

Biden flipped Arizona to his favor, the biggest swing from four years ago, securing him 11 key electoral votes that should keep the election interesting for days to come.

Six swing states that will decide the victor were painfully close the morning following Election Day, save for Pennsylvania, which favors Trump but could still move Biden’s way. As of early Wednesday morning, they stood as follows:

A potential hurdle to Trump’s chances to hold onto the presidency comes in the form of mail-in balloting. It was widely predicted that mail-in and early voters, who topped 100 million in the 2020 General Election, would favor Biden, while those who voted physically at the polls on Nov. 3 would likely favor the president.

Many of the votes yet to be counted in states like Pennsylvania and Georgia, for instance, remain in heavily populated counties where Biden is leading. The more votes counted from those regions, the more likely his numbers are to improve, though such projections are simply that and are far from guaranteed.

Narrow margins in states like Wisconsin, which favors Biden, along with Michigan and Georgia, which currently favor Trump, are likely to bend bluer as more mail-in ballots are counted.

With 238 Electoral College votes secured, Biden can win the election by carrying Nevada and Wisconsin, both of which he led narrowly Wednesday morning, as well as Michigan, where he trailed by just 0.2% with 94% of the vote reporting and the vote trending his way during later hours.

The president will hit 270 votes with victories in Georgia, North Carolina, Pennsylvania, and Nevada.

Other paths to the Oval Office exist for each candidate, but Nevada’s six electoral votes could prove the deciding factor if the other five states continue to lean in their current directions, save for Michigan, which was the closest race of all based on percentage points.

Chris Christie — an ally and former advisor of Trump, who has also served as a US Attorney and Governor of New Jersey — rebuked the president for his rhetoric during an interview with ABC’s election coverage team.

Ballot counting in some areas, Pennsylvania specifically, is expected to carry on throughout the week.