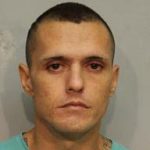 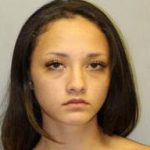 A Hilo couple faces several charges including robbery and an array of other property and drug offenses.

HPD officers arrested 33-year-old Spenser Jordan Feary and 19-year-old Taelilynn Mahinaʻohoku Harumi Leslie, both of a Hilo address, in connection with an incident that occurred on Sept. 19, 2020, on Makaʻala Street in Hilo.

On Sunday morning, Sept. 20, South Hilo Patrol officers were assigned to a theft complaint at a home improvement store on Makaʻala Street in Hilo. It was reported that on the previous morning, two individuals, later identified as Feary and Leslie, loaded numerous store items into a shopping cart and attempted to leave the store without paying for the items, according to a police report.

Area I Special Enforcement Unit officers took over the investigation and obtained arrest warrants for Feary and Leslie.

On Tuesday, Sept. 29, Feary was located and arrested during a traffic stop, operating the same vehicle used in the robbery incident. Officers observed narcotics and drug paraphernalia within the vehicle, police said. The vehicle was recovered and officers obtained a search warrant. Upon executing the warrant, the officer’s recovered various drug paraphernalia items commonly used for drug use and distribution, as well as heroin residue.

On the following day, Leslie was located and arrested.

Police remind the public that in light of the current COVID-19 Emergency Proclamation, which was declared by Hawaiʻi Governor David Ige, that there are enhanced penalties for certain offenses. These offenses include, but not limited to, burglary, theft, criminal property damage, and robbery.