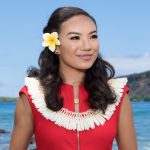 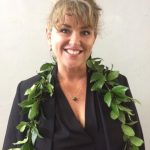 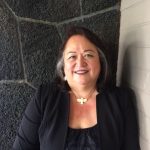 Primary Elections for two State House seats and two Hawai‘i County Council seats in West Hawai‘i were captured by women Saturday night, as the region’s politics continue to be led by female candidates.

“I can’t believe I have the opportunity to do so,” Kapela said Saturday night. “I’m so grateful for the people who voted for us and shocked by the total number of votes.”

Kapela, who lost a close primary to former Rep. Richard Creagan in 2018, said she was nervous the first time around. This year, she was ready.

“It was not unique to any other day. I started by centering myself,” she said. “We’ve been working hard for this year. Today is another moment in a journey of moments.”

Kapela said that if elected, she plans to push for a living wage for all Hawai‘i residents, support small businesses, fund educational opportunities, and protect and preserve the state’s environment for generations to come.

One-term Councilwoman Rebecca Villegas won a hard-fought race against challenger Jane Clement after initially believing she would run unopposed in 2020.

“I am deeply grateful and incredibly humbled by this win,” Villegas said Saturday night. “I get to be in this position and represent our people, but this win is about so much more than just me. This is a reflection of our community’s support of grassroots, locally-funded, authentically-inspired leadership.”

Clement was supported by a Honolulu-based construction super PAC, Be Change Now, which spent upwards of $100,000 on advertising for her in the race against Villegas. But despite being out-fundraised and outspent, Villegas took the race by a relatively wide margin — winning 3,167 votes to Clement’s 2,349.

“No office is ever secure. I was blindsided by the opponent in this last race,” Villegas said. “I ran for office to inspire change, to do the work that I felt our community needs. It’s not about becoming a career politician, it’s about being a public servant … (who) will take on big issues and try to bring about big change.”

Villegas’s premier legislation from her first term was Bill 101, which involved banning county use of pesticides on roadsides, in parks, near bodies of water, and in other areas where such chemicals can cause harm to people and the environment. The bill passed, was then vetoed by Mayor Harry Kim, and fell one Council vote shy of a veto-override.

Villegas said she will revisit the pesticide issue over the next two years and will also push for stronger legislation against the widespread use of plastics across the county, as well as try to provide relief to county employees bogged down in work protecting the community from COVID-19.

Rep. Nicole Lowen ran unopposed for Kona’s District 6 seat in Hawai‘i House of Representatives. She will serve her fifth term in that office when the Legislature resumes session in January.