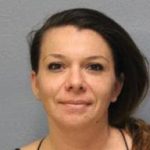 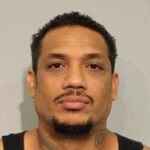 A man and a woman arrested and charged with burglary Sunday are back on the streets under supervised release.

South Kohala Patrol officers on Sunday, April 12, responded to the 69-1600 block of Puako Beach Drive, in Puako, after receiving a report of a burglary that had just occurred. The victim reported that a male and female had unlawfully entered onto a residential property, stolen several items and left the area in a red hatchback vehicle.

Upon receiving this information, officers immediately canvassed the surrounding areas, locating the vehicle and the responsible individuals on Kawaihae Road, according to an HPD press release.

Elaine Abbott, 37, of Honokaʻa, Sinbad Mareko, 37, of Kailua-Kona, were arrested and subsequently transported to the Kealakehe Police Station as officers continued the investigation. The vehicle they were located in was recovered and upon execution of a search warrant, several items belonging to the victim were recovered from within the vehicle, police said.

On Monday, April 13, officers charged Abbott with one count each of Reckless Driving, Burglary in the First Degree and Prohibited Acts-Emergency Management. Her bail was set at $10,750.

Mareko was charged with one count each of Burglary in the First Degree and Prohibited Acts-Emergency Management. His bail was set at $10,500. Both have an initial court appearance Tuesday, April 14, at the Kona District Court.

Both have been allowed out of jail and are on supervised release, according to the State Judiciary website. Jails and prisons are trying to thin the herd of inmates as COVID-19 threatens to spread quickly among the close quarters inside already crowded Hawai‘i detention facilities.

Anyone with information about this investigation is encouraged to contact South Kohala Patrol Officer Sidra Brown at 808-887-3080 or the department’s non-emergency number at 808-935-3311.

Police continue to remind the public that there are enhanced penalties for certain criminal offenses in light of the current COVID-19 Emergency Proclamation declared by Hawaiʻi Gov. David Ige. These offenses include but are not limited to burglary, robbery, theft and criminal property damage.