Congresswoman Tulsi Gabbard on Wednesday said heads should roll at the top of Hawai‘i Department of Health.

“It is time for Lt. Gov. Josh Green to take charge of Hawai‘i’s coronavirus crisis,” Gabbard said in a video released Wednesday afternoon. “Today, I’m calling on every person in Hawai‘i to join me in demanding the resignation of Bruce Anderson and Sarah Park, who are putting the lives of ourselves and our loved ones in grave danger by their failure to take necessary actions to protect us from the coronavirus.”

Gabbard’s list of grievances was long but focused primarily on the state’s lack of contact-testing — the process of identifying everyone with whom a positive case interacted closely, testing those people then quarantining them until the tests are returned.

The state already tracks exposed individuals who are symptomatic and asks them to self-quarantine while their tests are processed.

To test, or not to test, the asymptomatic is an argument born of two questions: What is the value of testing someone for COVID-19, and is that value increased by testing all who’ve had contact with a positive case instead of only testing those who are symptomatic?

There is no medically recognized treatment for the novel coronavirus, so a positive result won’t connect anyone infected with a cure or a virus inhibitor that would otherwise be unavailable. Severe cases requiring hospitalization bear out on their own and no one will be hospitalized more quickly due to a positive result.

Ultimately then, healthcare professionals agree that the greatest value produced by testing a person is the knowledge that allows all spreaders, symptomatic or not, to quarantine. A significant majority of people infected won’t require hospitalization, but every one of them will capable of spreading the virus to others. That asymptomatic individuals spread coronavirus has been a well-known fact for weeks.

The argument is one Gabbard appears to have won, as the state announced at a press conference Wednesday it had begun contact-testing of all individuals. 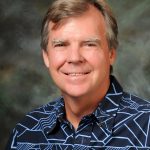 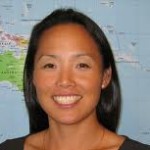 The governor’s team, which includes Anderson and Park in leadership roles, had spoken previously to a lack of availability of COVID-19 tests and the initial inability to process them efficiently as reasons testing was limited statewide. Some early tests took more than 10 days to return results.

However, testing has ramped up significantly in recent weeks. Green said the state has the capacity to test 1,500 members of the public daily, along with keeping supplies in reserve for prioritized testing of first responders.

Anderson said last week improvements over time have allowed private labs in the state to get up to speed, adding he believes tests can produce turnaround times of one day for a civilian and three hours for a first responder.

Hawai‘i health officials announced contact-testing on Saturday. However, Gabbard pointed out in her video that Anderson walked the commitment back Monday, saying the state couldn’t keep up with contact-testing and adding Tuesday that only those who were symptomatic would be tested.

That tone changed Wednesday before Gabbard’s statement was made public. The Congresswoman released her video in the middle of the state’s press conference, several minutes after Lt. Gov. Josh Green delivered the news that contact-testing was being implemented.

Gabbard continued her attack on Anderson’s and Park’s performances, accusing them of having “stubbornly resisted and delayed every action needed to contain and prevent the spread of coronavirus.”

As appointees to the DOH and not elected officials, neither Anderson or Park has the authority to initiate a statewide stay-at-home order or a flight traveler quarantine. That power resides with the governor. And not even Ige could stop cruise ship arrivals to Hawaiian ports, as the authority to do so rests with the federal government.

Gabbard went on to suggest that if Anderson and Park refused to resign, the governor should fire them and that if he didn’t, he should then resign and hand the keys to Hawai‘i off to Green.

By committing to contact-testing Wednesday, DOH is admitting there’s a superior logic to it as a strategy than that possessed by its predecessor. That, in turn, means that it probably should have been happening as soon as test supply and capacity allowed it because its value is greatest at the start of a pandemic and diminishes over time.

However, some statistics have suggested that despite the lack of contact-testing, Hawai‘i has been one of the strongest responders nationally to the coronavirus outbreak.

Last week, Anderson touted that Hawai‘i was third in testing per capita in the country. On Wednesday, he said the per capita testing rate in Hawai‘i compares significantly with numbers from South Korea, a country health experts have praised as one of the most efficient responders to the pandemic in the world.

Ige was asked about Gabbard’s comments suggesting Anderson and Park resign during the question-and-answer portion of Wednesday’s press conference.

“It’s interesting she would make that comment,” the governor said. “We are outperforming almost every state in the country. We have the situation under control.”