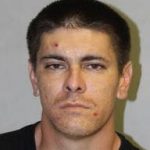 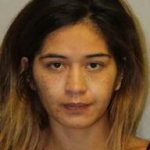 Two people from Hilo have been arrested for property crimes following a burglary incident that took place last week in East Hawai‘i.

On Thursday afternoon, around 3 p.m., an officer assigned to the Area I Special Enforcement Unit observed a vehicle on Haihai Street with a large object sticking out of the open rear driver-side door. As the officer went to investigate, the vehicle pulled into a driveway on Puainako Street, according to an HPD report.

It was at this time that it was learned that the object sticking out of the vehicle was a large cooler. The female driver, Ayala, and male passenger, Miura, both exited the vehicle and ran from the vehicle, police said. As additional officers arrived in the area to assist, an area search was conducted After a brief foot pursuit, both individuals were taken into custody.

During the course of this investigation, it was learned that the cooler had just been stolen from a residence on Oihana Street.

Upon conferring with prosecutors, Ayala was charged with first-degree burglary, first-degree theft, burglary of a dwelling during an emergency period and driving without a driver’s license. Her bail was set at $70,500.

Miura was charged with first-degree burglary, first-degree theft, burglary of a dwelling during an emergency period and habitual property crime. His bail was set at $75,000. Additionally, Miura was arrested and charged for three outstanding warrants for contempt of court and violating bail.

Ayala and Miura remained in police custody in lieu of bail. Their initial court appearance was scheduled for Monday, April 6, in South Hilo District Court.

Police want to remind the public that in light of the current COVID-19 Emergency Proclamation, which was declared by Hawaiʻi Governor David Ige, there are enhanced penalties for certain offenses. These offenses include, but are not limited to, burglary, theft, criminal property damage and robbery.