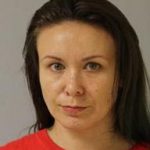 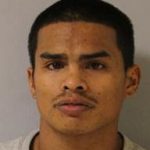 Donna Tyau Rasay, of Hilo, has been arrested for operating a stolen car and outstanding bench warrants, according to a report from the Hawaiʻi Police Department.

On Thursday afternoon, April 2, at approximately 4:30 p.m., Puna Patrol officers observed a suspicious vehicle parked at a fuel pump in Pāhoa. Upon investigating, officers determined the vehicle had been reported stolen on March 7 at a burglary on Paradise Ala Kai Drive in Hawaiian Paradise Park.

Officers contacted Rasay, 34, who was seated within the driver’s seat. She was subsequently arrested for unauthorized control of a propelled vehicle and three outstanding bench warrants.

The front seat passenger was also arrested for an outstanding bench warrant. He has been identified as 28-year-old Devin Lloyd Saragosa-Taoy, of Keaʻau.

Upon execution of the search warrant on the vehicle, police reportedly recovered two glass smoking pipes with residue. Upon completion of laboratory testing, those cases will be forwarded to the Office of the Prosecuting Attorney.

Rasay remains in police custody in lieu of $5,000 bail. Her initial court appearance is scheduled for Monday, April 6, in Hilo District Court.