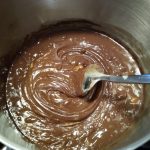 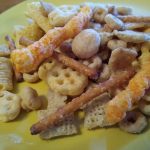 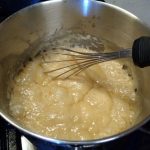 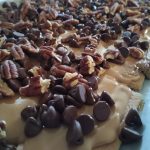 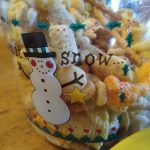 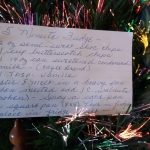 It’s not too late.

Yes, Christmas is nigh. Did you procrastinate, or need to reciprocate? I can offer a lifeline for putting together some last-minute, homemade gifts. They are: (a) easy, (b) fast and (c) absolutely delicious. Let’s not waste time chatting and get right to it, or we will miss the boat.

My Aunt Joyce’s Five-Minute Fudge: I took a snap of the recipe for you. I didn’t time it, but it was really fast, and probably, if I’d done the whole French mise en place thing, it would have been done in five minutes. However, I am a little disorganized and it might’ve been Eight-Minute Fudge. Let’s not quibble, though. It’s delicious, creamy and ridiculously easy. The fudge blocks stack up nicely in a container (separate the layers with wax paper), and if you toss a bow on top, there’s your “wow” factor.

Hawaiian-Style Chex Mix. I differentiate between “Chex Mix” and “Hawaiian-Style” Chex Mix” because this ain’t what they make on the mainland. I love them both, though. My mother always had a can of “traditional” Chex Mix on the counter, and old friends still remark on how great it was. Here in Hawai‘i, look for mac nuts, Honeycomb cereal, Bugles, cheesy puffs, etc. My pal Joanne made the batch in the photos, and she doesn’t skimp on the mac nuts, which make it extra delicious. Go ahead and dig through your pantry for stuff to toss in. The Hawaiian style is salty-sweet, whereas the mainland style is salty/sometimes spicy. The mixture goes together quickly, makes a big batch and everyone loves it. Package in something that will keep it crispy.

Graham Cracker Toffee. I usually make my grandmother’s toffee recipe, which is quite time-consuming and challenging. It involves a candy thermometer, a Kevlar oven mitt and ready access to a burn unit. Although well worth the effort, it won’t break any land-speed records. This Graham Cracker Toffee, however, went together quickly and easily. I was pleased with the results (and hope the neighbors like it). Let your creativity flow, mixing up the types of nuts, adding butterscotch chips, pretzels, etc. My daughter suggested cacao nibs, which also sound good.