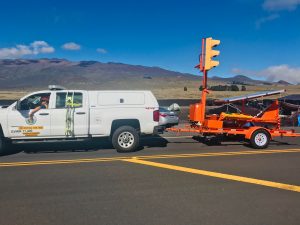 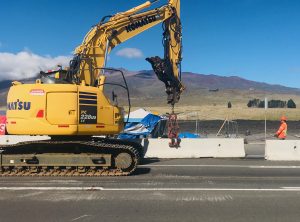 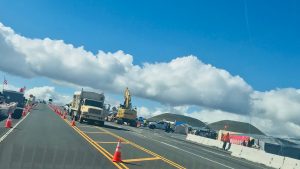 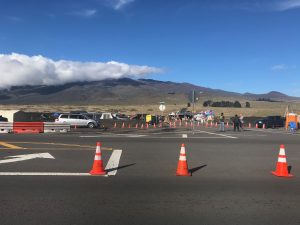 Elder members of the Kia‘i, or protectors, of Maunakea are distrustful of the State’s intentions following an announcement Thursday by Gov. David Ige that he will withdraw law enforcement from the mountain for an indefinite period of time.

Kaho’okahi Kanuha, a leader of the Kia‘i, spoke to Big Island Now Thursday afternoon and took issue with what he described as an attempt by Ige to build a false narrative.

“I think it’s important to note … that the State has made a concerted effort over the last six months to say that the Kia‘i are blocking access to Maunakea, that Kia‘i are obstructing the road,” Kanuha said. “But the governor openly admitted without being prompted this morning that it was in fact the state that shut down the road. We ended up creating an occupation on that road blockage.”

“I think that hopefully will dispel a lot of the misinformation that they’ve tried to disseminate about us blocking the road,” Kanuha continued.

During a press conference Thursday morning, Ige encouraged demonstrators to remove themselves and their campsite from the area, promising the State would do the same. But behind the scenes on the mountain itself, State officials took a firmer stance.

On her Facebook page, Noe Noe Wong-Wilson, another leader of the protectors, wrote that officers with the Hawai‘i Division of Ocean Conservation and Resource Enforcement (DOCARE), a division of DLNR, told activists there would be mass arrests if protectors didn’t clear the area by the day after Christmas.

“So while the gov talks about sending law enforcement home because tmt is taking some time off he fails to mention that DOCARE is threatening to arrest us enmasse if we donʻt actively clear the road by Dec 26,” Wong-Wilson wrote a little before noon on Thursday.

Ige made no mention in his press conference about DOCARE’s directive and wouldn’t confirm hard timelines for any action, including completing removal of law enforcement from the mountain.

Big Island Now first reported that Mayor Harry Kim sat down with Hawai‘i Police Department Chief Paul Ferreira Thursday to coordinate the removal of County law enforcement from the mountain. The two men agreed on a deadline of Friday at 3:30 p.m. for all equipment and personnel to be cleared. Work to remove the traffic blockade equipment began Thursday afternoon.

Kim said he had no knowledge of DOCARE’s directive that protectors must vacate or be arrested, telling Big Island Now that the governor explained it would be Kim’s responsibility to clear protectors from Maunakea safely and peacefully.

“We recognize that this is a tactic by the governor to try to leverage us into clearing the road,” Kanuha said. “The narrative wasn’t working. It was being dispelled. It was being countered. So now I believe they are trying to forcefully create the image that we are indeed what is blocking the road.”

“We know our occupation there is simply and only to prevent further desecration of Maunakea through the Thirty Meter Telescope,” he said.

Kanuha did not elaborate as to the protectors’ plans moving forward, but a source told Big Island Now that Kūpuna do not intend to immediately evacuate the mountain.

If and when TMT will attempt to begin construction on Hawai‘i Island remains an unanswered question. The organization addressed the issue in a statement released following Ige’s press conference.

“Over the last five months, we participated in frequent discussions with the State on finding a peaceful, lawful and non-violent way forward on Maunakea,” said Dr. Gordon Squires, TMT Vice President for External Relations. “Unfortunately, the state and Hawai‘i County have not demonstrated that they are able to provide safe, sustained access to Maunakea for everyone. For us, this dates all the way back to our groundbreaking in October 2014 and subsequent attempts to begin construction in April and June 2015 and in July 2019.”