Five Arrested After Altercation With Police 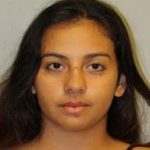 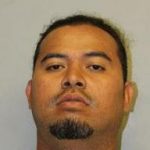 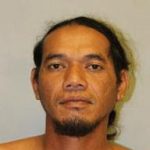 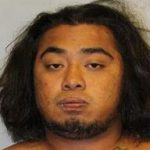 Four adults and one juvenile are facing charges after several of them allegedly assaulted multiple Hawai‘i Police Department officers.

Big Island detectives charged the suspects with an array of offenses stemming from a large affray, or a disruptive fight, at a Hilo residence on the evening of Monday, Nov. 25.

At about 10:45 p.m. Monday, officers responded to a report of a large gathering and loud party at a residence on the 1500 block of Kino‘ole Street. Officers made repeated attempts to disperse the individuals at the party, according to an HPD report.

Officers attempted to arrest one of the residents. Several other intoxicated individuals at the party aggressively approached officers, attempting to interfere with the arrest of the subject by physically assaulting the officers, the report continued.

Additional officers responded to assist with the large crowd, estimated to be around 40.

Two officers were injured during the dust up, which resulted in one officer being transported via ambulance to the Hilo Medical Center Emergency Room to be treated for injuries to his jaw. He was later released. The second officer was treated by medics at the scene.

The four adults charged remain in police custody at the East Hawaiʻi Detention Center in lieu of bail. Their initial court appearances are scheduled for Friday afternoon, Nov. 29.

Assaulting a police officer who is engaged in the performance of duty is a class C felony punishable by up to five years in prison.