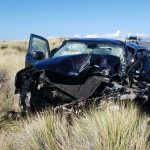 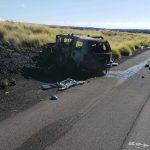 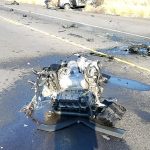 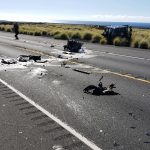 A man involved in a Nov. 10, 2019, crash on Queen Ka‘ahumanu Highway has a track record of driving under the influence of intoxicants.

Nicholas Abarcar, 25 of Kamuela, was driving south on the highway in a Jeep Wrangler Sunday afternoon when he crossed the center line and collided head-on with a Honda SUV.

The driver of the Honda, 35-year-old Cassandra Lynn Ellis of Kailua-Kona, died as a result of the crash. Three passengers in the vehicle, two 15-year-old females and a 10-year-old female, were injured. The two teenage passengers were eventually transported in critical condition from Kona Community Hospital to The Queen’s Medical Center on O‘ahu. Both underwent surgeries and were listed in stable condition as of Monday afternoon.

Abarcar, first named Tuesday in a report by West Hawaii Today and whose identity was confirmed to Big Island Now by HPD Assistant Chief Robert Wagner, was subsequently arrested on suspicion of negligent homicide, three counts of negligent injury, operating a vehicle under the influence of an intoxicant and reckless driving. Police reported that speed and drugs were suspected factors in the crash.

According to court records, if Abarcar is found to have been operating the vehicle under the influence of an intoxicant, it wouldn’t be the first time.

On August 22, 2017, Abarcar was arrested for driving under the influence of alcohol and operating a motor vehicle without a license. He pleaded no contest to the charges. As a result, the court revoked Abarcar’s license for one year and ordered him to pay several fines.

First responders to the scene of Sunday’s accident extracted the three surviving victims, who were trapped inside the burning vehicle when HPD officers arrived.

“I don’t think words can describe the feeling watching these officers in action,” HPD Lt. Edwin Buyten told Big Island Now in his recounting of the department’s response to the crash. “When we talk about heroic things, they were doing their job, and they did an amazing job. And I believe they saved lives yesterday.”