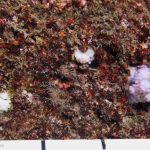 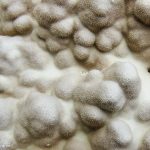 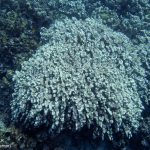 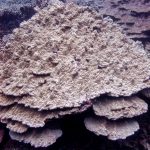 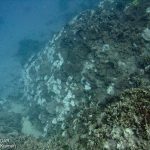 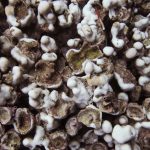 The summer of 2019 brought with it another bleaching event thought to rival the catastrophic consequences of four years ago when Hawai‘i lost more than half its live corals.

The Hawai‘i State Division of Aquatic Resources (DAR) and its partners have spent the summer closely monitoring 25 specific reef sites up and down the West Hawai‘i Coast to gauge the impact of thermal stress in Big Island waters.

While it’ll still be several weeks until water temperatures dip back below bleaching levels in all monitored regions, and while there remain a handful of sites yet to be visited, significant results allowing for tentative conclusions about coral bleaching across West Hawai‘i are now in.

“We’re still going to have a reef in 2020,” said Lindsey Kramer, DAR coral reef monitoring coordinator, who’s been diving and researching for months. “I personally haven’t felt like it’s been as catastrophic as 2015, but it’s important to acknowledge that we had severe mortality four years ago.”

“I don’t want to speak too soon,” she continuted, “but there are still reasons to be hopeful.”

Kramer’s optimism wasn’t ever-present throughout the summer, as this year’s bleaching event was characterized by an inauspicious beginning.

The first official reports of bleaching came in during late May, involving rice corals in North Kona.

“It was really early, and we were concerned at that point,” Kramer said.

But as it turned out, water temperature patterns varied from 2015 to 2019 in some meaningful ways. While water was warmer earlier this year, the maximum temperatures seen at most sites didn’t reach 2015 peak levels.

This year, maximum temperatures averaged about 85°F. The bleaching threshold is around 82°F, Kramer said.

DAR research conducted across the last several months has shown several similarities between the two bleaching events, however. Namely, the same coral species that were susceptible four years ago remain so in 2019.

Smooth mounding coral, which lost more than 90% of its cover in 2015, was severely impacted again this time around. Cauliflower coral also saw severe bleaching in 2019, much the same as four years ago. Plate and pillar corals also sustained severe bleaching this year, Kramer said.

“We were hoping that the genotype coming in would be more resilient to thermal stress events, as we were hoping they came from colonies that survived in 2015,” Kramer said. “So that was a disappointing result.”

Despite bleaching proving severe to these new recruits, mortality remains low to this point, which means there’s a chance the young corals may recover.

There have been bright spots, as well. Bleaching of lobe coral, the most common species on shallow reefs, has been minimal, as has bleaching of yellow mounding coral. Bleaching of the latter species has been much less severe than it was four years ago, Kramer said.

Finger corals off West Hawai‘i have suffered some paling and have already shown signs of low key mortality in the range of 5%. That number could rise, Kramer explained, but the severity of bleaching to finger corals is decidedly less than it was in 2015. Finger and lobe corals lost roughly 50% cover during the bleaching event four years ago.

“We’re hoping that what we’re seeing this year is the remaining tissue is more resilient to thermal stress — that the ones that survived in 2015 are stronger,” Kramer said.

Some of the less severe results, Kramer said, have to do with how much less coral cover exists now than did four years ago. At some sites, coral cover is down to 10-30%, while many sites boasted 80% cover or more in 2015.

“What coral we do have left did relatively better,” she said.

DAR has been joined in its efforts to monitor and report coral bleaching by the National Oceanic and Atmospheric Administration (NOAA) and the Arizona State University Center for Global Discovery and Conservation Science.

As part of the monitoring effort and to provide real-time updates, researchers developed the website hawaiicoral.org, which lists bleaching levels from severe to medium to light.

Most monitored areas in West Hawai‘i remain at a medium bleaching level, according to the website. Although, a few sites near Kailua-Kona and one each near Makalawena Beach, the Kona International Airport and Kahalu‘u Beach remain at severe bleaching levels.

“The thing to know most is that the length of time that corals are exposed to heating is the critical factor determining bleaching,” Greg Asner, director of ASU’s Center for Global Discovery and Conservation Science, wrote in an email. “We call this ‘Degree Heating Weeks.’ South Kona is literally the hotspot, with up to 13 DHW since this event started.”

“(We) are finding increasing bleaching among corals in South Kona, but also in other areas,” Asner continued. “The other hotspot is Maui Nui, where we found major bleaching around Lanai and West Maui.”

Asner said that Papa Bay, one bay north of Miloli‘i Bay, is a prominent example.

“It is the highest biodiversity reef in South Kona, and it is undergoing major changes from the marine heatwave,” he wrote. “As of (Wednesday, Oct. 23), we have 70% ‘paling’ of corals down to 70 feet of depth and about 10% bleaching. What’s unusual about this event, compared to the 2015 event, is that the warm water is reaching depths of 70+ feet.”

Because DHW is the definitive factor in bleaching events, the data collected by Kramer, Asner and others to this point could change.

“Within one to four weeks, the majority of West Hawai‘i is forecast to be back down to the watch level,” Kramer said on Thursday, Oct. 24. “And five to eight weeks from now, we should be back down to no stress (anywhere).”

As for final bleaching and mortality rates, those won’t be available until the middle of 2020 at the earliest. Kramer said surveys will begin in April to give all the sites time to develop, positively or negatively, before researchers begin to make final determinations about the damage inflicted by the 2019 coral bleaching event.