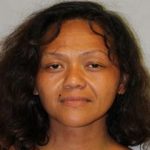 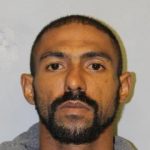 Hawaiʻi County Police have arrested and charged a Hawaiian Paradise Park couple with firearms offenses that occurred earlier this month.

On Oct. 9, police were patrolling the Hawaiian Paradise Park area when they observed a sedan almost crash into their police vehicle on Old Beach Road in the Puna District.

Police stopped the vehicle and found a couple in the sedan, who tried to flee the traffic stop on foot. After capturing the couple, police observed a rifle in the vehicle.

A search warrant was executed on the car, and police recovered a rifle, shotgun, and ammunition from within the vehicle.

Police have charged 33-year-old Justin Paishon with an outstanding bench warrant, place to keep firearms, ammunition, and ownership prohibited firearms, (due to a previous conviction for a crime of violence). His bail is set at $7,500.

Thirty-seven-year-old Raina Kaupu was charged with reckless driving and place to keep firearms and ammunition. Her bail is set at $3,000.