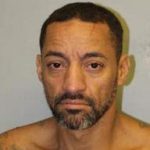 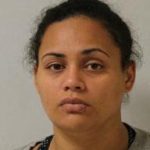 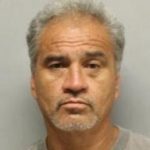 Police charged Aaron L. Nobriga of Puna on Oct. 16 for several criminal offenses. Nobriga was wanted on a parole violation warrant and had evaded capture for months following the issuance of the warrant.

Police were searching an area in Hawaiian Paradise Park in September when they found Nobriga in a vehicle and attempted to take him into custody. Nobriga struck the officer’s vehicle disabling it, then fled the area on foot.

Police recovered the vehicle Nobriga was operating and executed a search warrant recovering 12.8 grams of methamphetamine, 4.8 grams of marijuana and related drug items from the vehicle.

Weeks following the incident, police had been canvassing the Puna area for Nobriga when they came to a residence located in Hawaiian Acres and saw Nobriga running from the home. Nobriga was captured following a foot chase.

In addition to Nobriga’s arrest, police also arrested a couple for hindering prosecution.

Nobriga was charged with drug possession, criminal property damage to the police subsidized vehicle, and bail was set at $81,000.

Police also arrested 49-year-old Danny Muller and 28-year-old Sandra Kahikina for first-degree hindering prosecution; their bail was set at $2,000 each.

Kahikina also had a federal warrant for violation of federal probation and was incarcerated at the Federal Detention Facility on O‘ahu following her arrest.