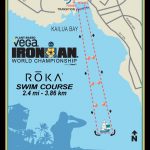 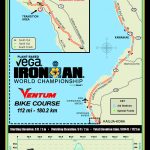 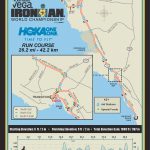 The streets are flooded with visitors and athletes from around the world as the largest endurance race worldwide approaches.

Approximately 2,500 of the world’s top triathletes are registered to compete in Kailua-Kona, Hawai‘i on Oct. 12 at the 2019 Vega IRONMAN. Fifty-seven of those participants are from Hawai‘i, according to press release from IRONMAN.

Athletes from 75 countries, regions and territories around the world have come to test their strength in the race, which spans 140.6 miles. Contestants start with the 2.4-mile swim in Kailua Bay then ride bicycles for 112 miles north where they will turn around at Hawi and make their way back to Kona. Right after they finish the bike, they will move on to the last leg of the race running 26.6 miles back to the bay.

Athletes range in age from 18 to 86 years old and have earned their championship opportunity by qualifying at one of more than 40 IRONMAN events worldwide, the release states.

The US is the most represented nation with 659 registered athletes, followed by Germany with 279, Australia with 193, United Kingdom with 162, and Canada with 99. Other athletes from countries as far as Bermuda, Iceland, Lebanon, and the Saudi Arabia have traveled to the Big Island to compete in the race.

“We are incredibly proud of the highly competitive nature of this year’s athlete field, as we will see nearly 2,500 competitors from around the globe toe the starting line on Saturday,” said Andrew Messick, President & Chief Executive Officer of The IRONMAN Group. “We relish the opportunity to bring thousands of athletes, as well as their family and supporters, to the shores of Kailua-Kona and embrace them as part of our `ohana. It is an honor to be able to pay tribute to all of the members of our extended family as we celebrate our Hawaiian heritage.”

For more information about the event, please visit www.ironman.com/worldchampionship.