Hawai‘i Gov. David Ige and other state officials held a press conference at 11:40 a.m. on Friday, Sept. 13, 2019, to discuss threats to state employees that have been posted on social media.

Gov. Ige said that he and his cabinet, Hawai‘i County Mayor Harrry Kim and many others are “hard at work trying to find a path to a peaceful resolution to this situation.”

He said that he strongly believes that “respect for Mauna Kea and the exploration for the origins of the universe can coexist in a way that benefits the entire community.” He said he is open to discussions that can lead to a peaceful solution.

But, he said, “today’s press conference is about how we speak to one another and how we treat one another while we work on this path toward resolution.”

Attorney General Clare Connors said that in the days following the removal of the Pu‘u Huluhulu un-permitted structure, officials became increasingly concerned about some of the language being posted on social media. She said the language, even predating the demolition of the structure, is creating “a consistent and repeated narrative that we believe falsely characterizes law enforcement… as out to get people who oppose construction of the telescope… or out to harm the very people law enforcement is sworn to protect.”

She said this false narrative sets a tone, causes alarm and can cause people to react. Examples of the kind social media comments that have caused concern were isolated in the press conference.

On Sept. 3, the words “excessive force… punish and suppress our people” were used on social media. The attorney general said that “law enforcement does not use excessive force as a tactic or strategy against anyone.” Law enforcement responds to the type of conduct that it encounters, she said. “It responds accordingly and appropriately.” She added that only those breaking the law risk being arrested.

“Law enforcement officers… have attempted to conduct their duties respectfully and with the utmost care, as much as they could given the circumstances they have encountered,” said AG Connors.

A Sept. 6 social media post included the word “attack.” AG Connors said that type of language again “promoted a dangerous and false narrative about law enforcement… leading people to believe law enforcement is about to perpetrate a crime.”

“Enforcement of the law is not a crime,” she underscored.

She seemed most concerned about a social media post made after the removal of the Pu‘u Huluhulu structure, offering a $5,000 reward for the identity of the officer who was part of that operation.

“I hope we can all agree that putting a bounty on the head of a law enforcement officer is disturbing and deeply concerning—it’s dangerous,” AG Connors said, adding that he was just doing his job. “I hope that we can agree that he does not deserve to be targeted like this.”

Another state employee was was part of the removal operation was also targeted on social media, labeled “a traitor to his people.”

He and other employees involved have received threatening voicemails. One, which was played during the press conference, ended with the words “I hope you die.”

AG Connors went on to show more slides of examples of threats to state and TMT employees and supporters. Posts included the words, “assassinate, terrorist, kidnap…” 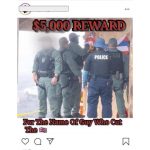 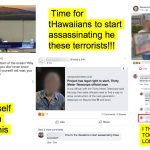 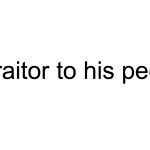 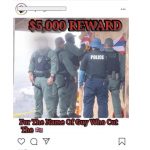 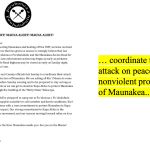 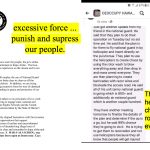 “We ask all on all sides of this to condemn that kind of action,” said AG Connors. She went on to ask all involved to think about the repercussions of words used.

“Law enforcement is not the enemy here,” she reiterated, “but is there to keep people safe. That is what they have demonstrated they will do in these circumstances.”

Department of Public Safety Director Nolan Espinda said, “No employee should be targeted for doing their job… I stand behind my law enforcement officers.”

“This kind of threatening action against officers or anyone is unacceptable and should not be dismissed or otherwise normalized,” said Director Espinda.

“The criticism that we receive as public officials is something that we accept,” said Department of Hawaiian Homeland Director William Aila Jr. But, he said, “State employees and their families should never be exposed to these types of attacks.”

“Our fear is that somebody is going to be incited by the negative rhetoric that is out there,” he said.

He stressed that state employees and their families are affected and impacted by the negative, threatening language on social media.

“This is not the fabric of Hawa‘i that I grew up knowing,” concluded Director Aila.

The governor asks everyone to stop immediately.

“We can’t allow these kind of attacks to become part of the process—Hawai‘i deserves better,” the Gov. Ige concluded.