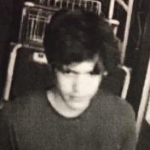 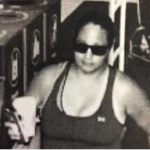 Surveillance footage of unknown female who accompanied a theft suspect out of the store. PC: HPD

The Hawai‘i Police Department (HPD) are asking for public assistance to identify two individuals connected to a case of theft.

HPD reported that on Tuesday, July 30, 2019, a young man had approximately $115 stolen from his wallet at a retail location on Makala Boulevard in Kailua-Kona.

After taking his wallet out to see if he had enough money to cover his school purchases, the high school student put his wallet on a shelf in the electronics section of the store and walked away from the wallet not realizing he had left it there. When he returned to collect his wallet, he discovered that the money inside had been taken and the wallet put back in place.

After consulting with Loss Prevention agents, surveillance footage was obtained, and the theft of the money was caught on video. Photographs of the offender were printed and police are asking for the public’s assistance in identifying the suspect and a female party he was seen leaving the store with.

If you can identify the suspect or the female party in the photographs, contact Officer Adam Hanes on the department’s non-emergency line at (808) 935-3311.