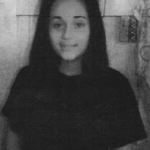 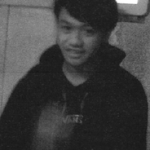 Big Island authorities reported they are seeking two missing juveniles from the Hilo area who have been reported as runaways.

First, police are asking for the public’s help in locating 14-year-old Lokelani Troche-Nobriga. Last seen in Hilo on Monday, Jan. 11, 2021, around 8:30 p.m., Troche-Nobriga is described as being 4 feet, 11 inches tall, weighing approximately 119 pounds, with brown eyes and brown hair. She was last seen wearing a black jacket, light blue jeans and red shoes.

HPD is also searching for a 15-year-old Hilo boy who was also reported as a runaway.

Keali‘i Kaniho was last seen in Hilo on Jan. 11, 2021, around 9:15 p.m. He is described as being 5 feet, 4 inches tall, weighing approximately 120 pounds, with brown eyes and black hair. He has the name “Kaniho” tattooed on his back. He was last seen wearing a dark blue hoodie, blue jeans, and slippers.

The two runaways were not linked by police, though they happened to go missing on the same day from the same general area of the island.

Police ask anyone with information on the whereabouts of either missing person to call the police department’s non-emergency line at (808) 935-3311.