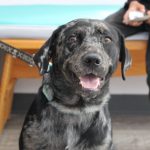 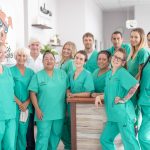 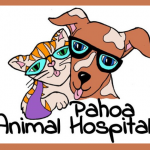 After years in the works, the Pāhoa Animal Hospital opened its doors this month.

Originally envisioned as a small, mom-and-pop veterinary clinic, the project has evolved into a full-scale hospital serving Puna residents and their pets, a release said. The hospital is family-run, state-of-the-art, paperless, and implements Fear Free practices, the release continued. It is located within Pāhoa’s new Puna Kai Shopping Center.

The owner and practicing veterinarian, Dr. Bill San Filippo, has called Hawai’i home for the past 13 years. He’s worked for various vet clinics as well as nonprofit spay and neuter projects on the Big Island, the release said.

The Pāhoa Animal Hospital’s undertaking has faced several hurdles since 2014. The original location plans were halted because of the past two lava flows, necessitating Filippo start replanning from scratch, the release continued.

Then, when the hospital hit the track to open in 2020, the COVID-19 pandemic hit.

“The long-awaited opening on July 1 was a success due to all of the staff’s hard work and the community’s patience,” the release said.