Officers Recognized After Reviving a Woman with an AED 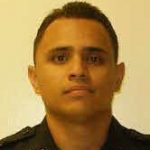 The Aloha Exchange Club of East Hawaiʻi honored three Big Island Police Officers on Oct. 24 for their efforts that helped save a woman’s life.

Sgt. Shawn Tingle and Officers Michael Lucas-Medeiros and Chance Lunsford were recognized for the lifesaving measures they performed on a woman with the use of an AED.

The incident occurred on Aug. 28 at approximately 3:10 p.m. Tingle was patrolling along Route 130 in Keaʻau when he observed a male civilian standing next to a green SUV, which was parked strangely within the median of the highway. The citizen was waving his arms to get Tingle’s attention. Tingle turned on his emergency lights, executed a U-turn on the highway and stopped near the SUV. He glanced in his rearview mirror and observed the female driver of the SUV to be unconscious. He immediately called for backup and for HFD to respond.

He approached the SUV driver, who was later identified as a 63-year-old woman. Tingle felt for a pulse, and none was present. He advised the citizen that they needed to start CPR and returned to his vehicle for a CPR mask. He returned and assisted in getting the patient onto the ground, at which time he advised the male to begin chest compressions. Tingle then cleared the patient’s airway and performed lifesaving breaths.

While CPR was being conducted, Officers Lucas-Medeiros and Chance Lunsford arrived on the scene. Lucas-Medeiros stated that he had an AED and commenced to setting it as CPR continued.

When the AED was set up, the AED advised administering a shock, at which time Lucas-Medeiros did so. After the shock, the patient began breathing, and CPR was stopped. They then gave the patient words of encouragement and waited for Hawai‘i County Fire Department to arrive. Shortly after that, HFD arrived and took over lifesaving measures and transported the patient to Hilo Medical Center.

When someone is in cardiac arrest, lifesaving measures need to be taken within seconds. These officers and a private citizen worked as a team to revive the patient and also provided her comfort until the ambulance arrived. Thankfully, an AED was in one of the patrol cars, but more are needed.

The patient went from being on death’s doorstep to walking out of the hospital 12 days later. She is expected to make a full recovery due to the swift and decisive actions of these officers and a private citizen. Their action exemplifies the police department’s core values and beliefs, and thus they have been awarded the Officer of the Month award.