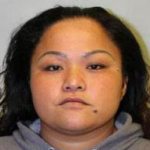 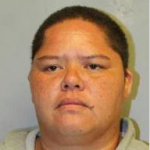 The Hawaiʻi Police Department on Tuesday, Aug. 6, 2019, charged two suspects in the murder of a 6-year-old boy last Halloween night.

On Oct. 31, 2018, at about 4:20 p.m., Kona patrol officers responded to a call at the Kailua Fire Station involving a 6-year-old boy, who had been transported there while unconscious by a family member, according to an HPD press release.

The child was reportedly involved in an incident at an apartment complex in the 74-900 block of Manawalea Street in Kailua-Kona. The child was transported from the Kailua Fire Station to the Kona Community Hospital, where he was pronounced dead at approximately 5:30 p.m.

Injuries sustained by the child were not consistent with those from an accident, the release continued. The child has now been identified as Mazen Kaniela Nihipali-Moniz, of Kailua-Kona.

Detectives from the Area II Criminal Investigations Section continued this investigation and with the assistance of the Hawai‘i County Prosecutor’s office secured a grand jury indictment on two suspects’ late last month. This indictment had been under seal until today.

On Tuesday, two suspects in the case were arrested. They are identified as Ashley Rose Nihipali, a 34-year-old female, and Kuuipo Leinaala Nihipali, a 32-year-old female, both of Hawaiian Paradise Park. Ashely Rose Nihipali has been charged with murder in the second degree, six counts of felony abuse of a family or household member, tampering with physical evidence and two counts of terroristic threatening in the first degree.